Oh, Valentine’s Day! A day when we all fall victim to some kind (if not multiple kinds) of emotional shrapnel.

Here’s something that probably won’t surprise anyone: I’m not really a fan of Valentine’s Day.

At the risk of sounding cliche: I hate Valentine’s Day. I used to refer to Valentine’s Day as “Good luck finding me tonight, because I’ll be face down in a gutter somewhere” day. But it never caught on. (Weird, right?)

I don’t have a special reason to dislike Valentine’s. It’s just a whole bunch of expectations and over-the-top gestures and disappointment for a lack of over-the-top gestures. And I don’t really enjoy feeling like I’ve been set up to fail, you know? I mean, I can set myself up to fail just fine without the help of St. Valentine. So, to me, the holiday seems a bit superfluous.

This year, though, I’m having a hard time being mad at Valentine’s Day, because I have a new friend called the Internet.

You might be thinking, “Mrs, what do you mean new friend? The Internet’s been around since before forever.”

And you’re right the Internet has been around for a long time, but I haven’t spent much quality time with the Internet in years, not since I was in college, back when Facebook was just a tiny baby monster and you had to have a .edu address to play with it.

My excuses for why I’ve been estranged from the Internet barely even make sense to myself these days, but let’s just say I was doing other things. Working-my-face-off-in-a-job-where-I-only-got-to-use-the-Internet-for-research things.

It took me quitting my job, moving to a new town and not knowing a soul to really discover what the Internet has to offer.

Let me tell you a story. I like to call it: How I Found the Internet Five Years Later Than You

Our story starts a few months ago, when I was feeling pretty lonely in an unfamiliar city. Having exercised all of my usual outlets for entertainment (see: watching Netflix, reading magazines, organizing my pantry and composing songs for my dog), I decided to pay a visit to my old friend, the Internet. 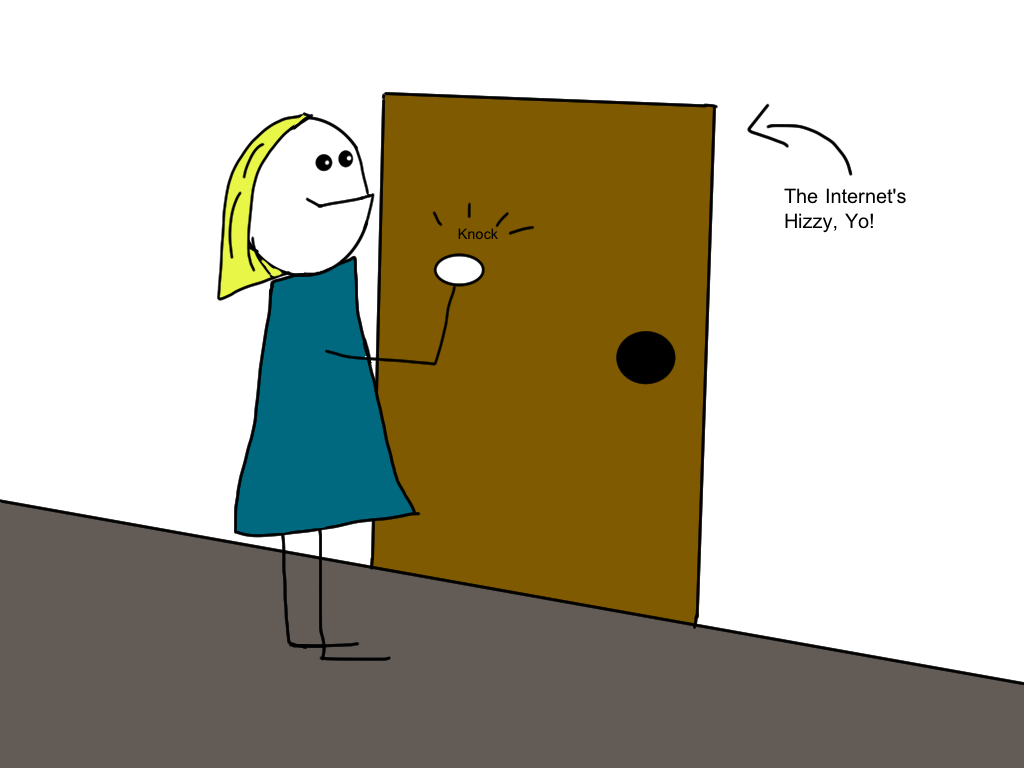 *For the purposes of our story, the role of the Internet will be played by a stick-figure robot. You’re welcome (and I’m sorry.)

At first, the reunion was a little awkward. The Internet had changed a lot and so had I. 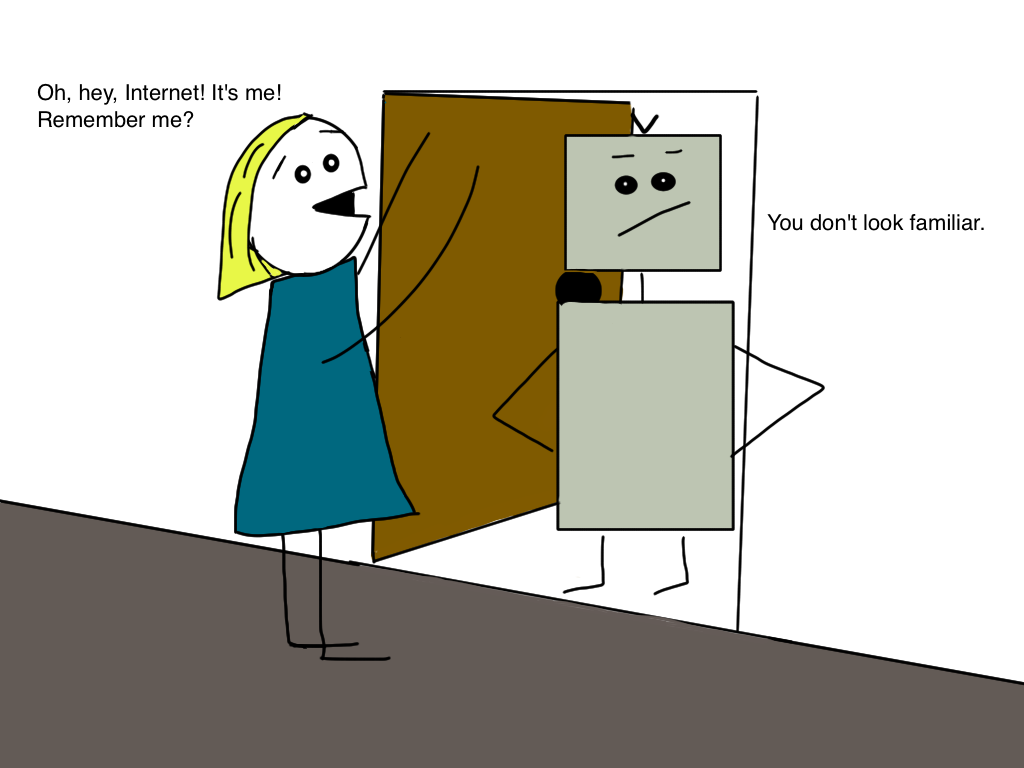 Of course, I wasn’t completely ignorant to the ways of the Internet, but save for a few YouTube links, my experiences with the Internet in the last five years had been mostly utilitarian. 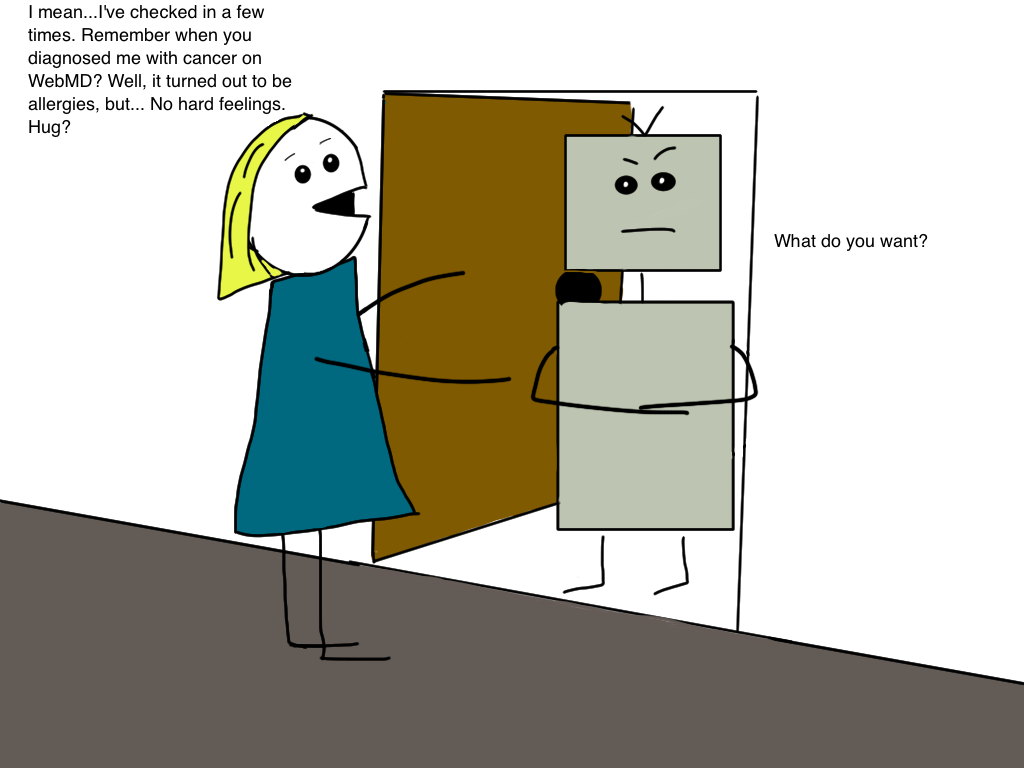 I wasn’t even sure where to start. I had had some good times with the Internet, but that was so long ago. 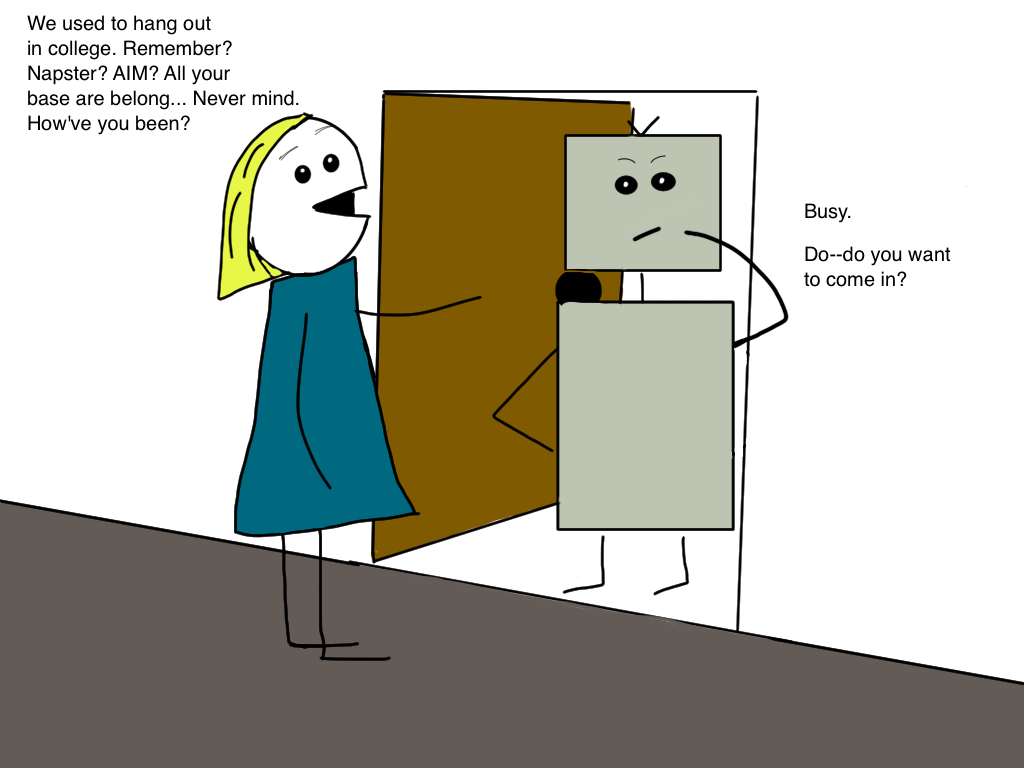 It’s safe to say, I had no idea that the Internet was throwing the biggest, non-stop celebration of everything ever. 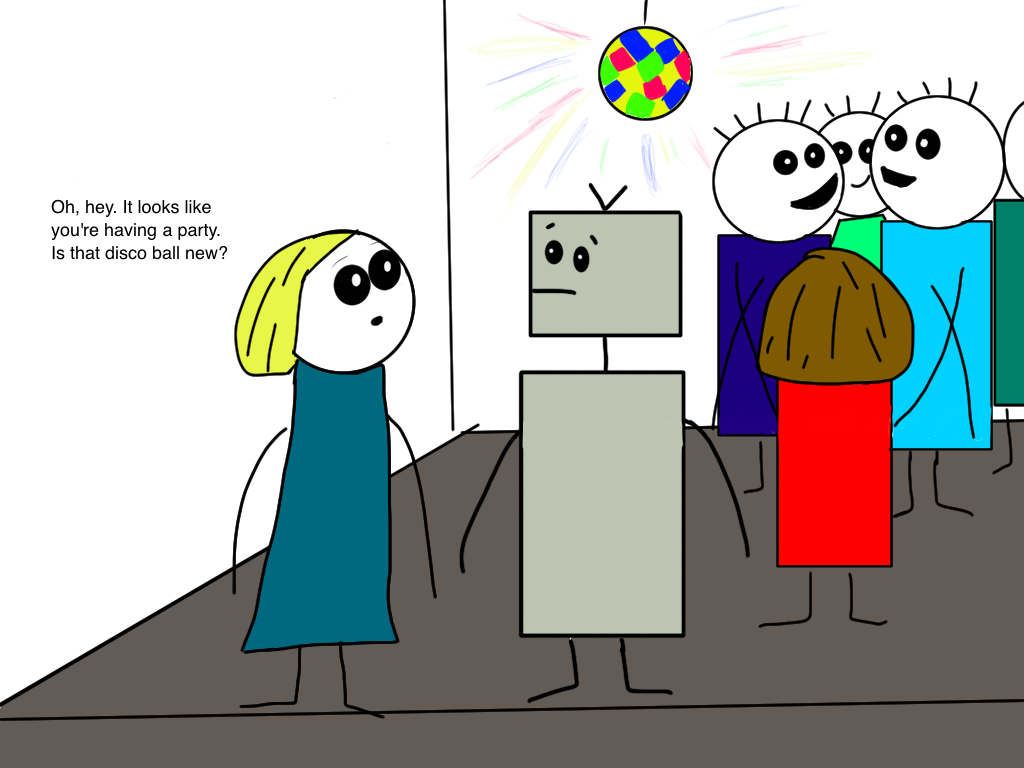 But I was mesmerized by the glittery good times.

I mean, the Internet was always fun, but five years ago, I feel like it was a lot more relaxed. More contained. Things moved slower.

If you’ve been partying with the Internet for a while, let me tell you from an outsider’s perspective: The first time you catch a glimpse of what’s going on on the Internet these days, it’s hard not to have a strong reaction.

My reaction? I was jealous. Even a little hurt. The Internet had created a thunderdome of mayhem, AND NOBODY TOLD ME! I wanted to party with the Internet!

So, I took a look around to get a lay of the land.

There were lots of Blogs. 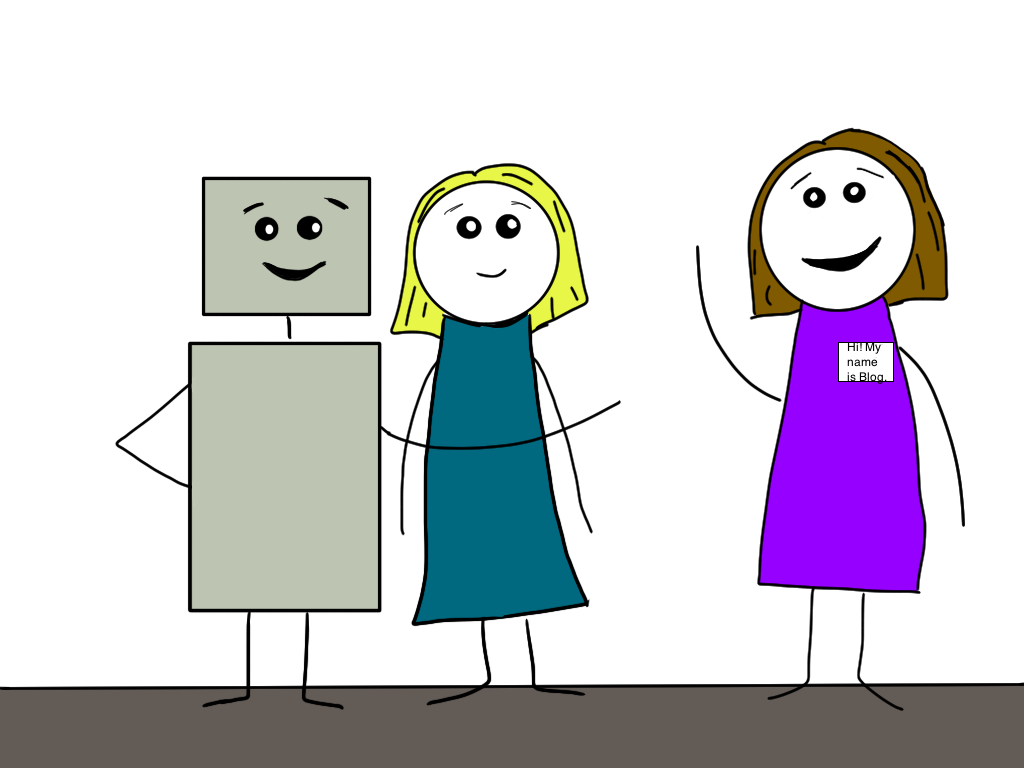 And the Blogs were geniuses who had mastered every skill imaginable–cooking, writing, photography, making fun of poorly constructed cakes, telling the funniest jokes you’ve ever heard. You name it; they had done it. 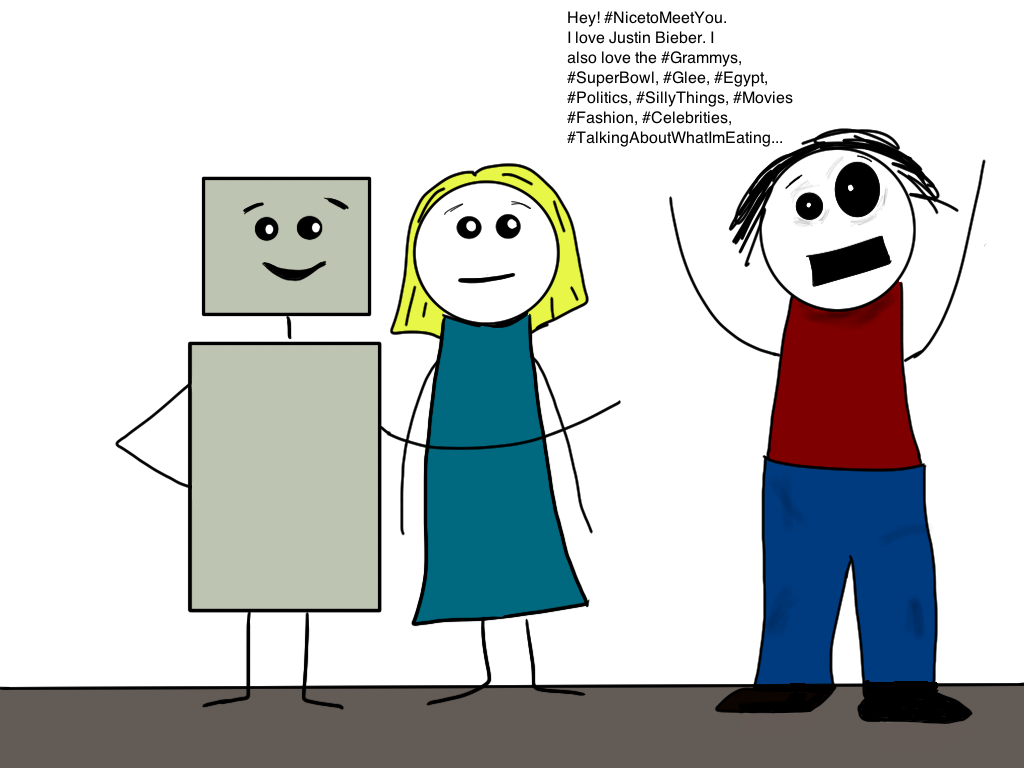 And Twitter scared the bejesus out of me, because it moved super fast–like a cracked-out chipmunk–and I’m still not sure when it sleeps or bathes.

I catch myself thinking, “What if someone tweets something hysterical, and I miss it because I’m brushing my teeth!?! I can’t afford to miss that! I CAN’T AFFORD TO BRUSH MY TEETH!!!”

There were also some things at the party that I recognized from the old days of hanging out with the Internet, like Spam. Which continues to crash the Internet’s party. 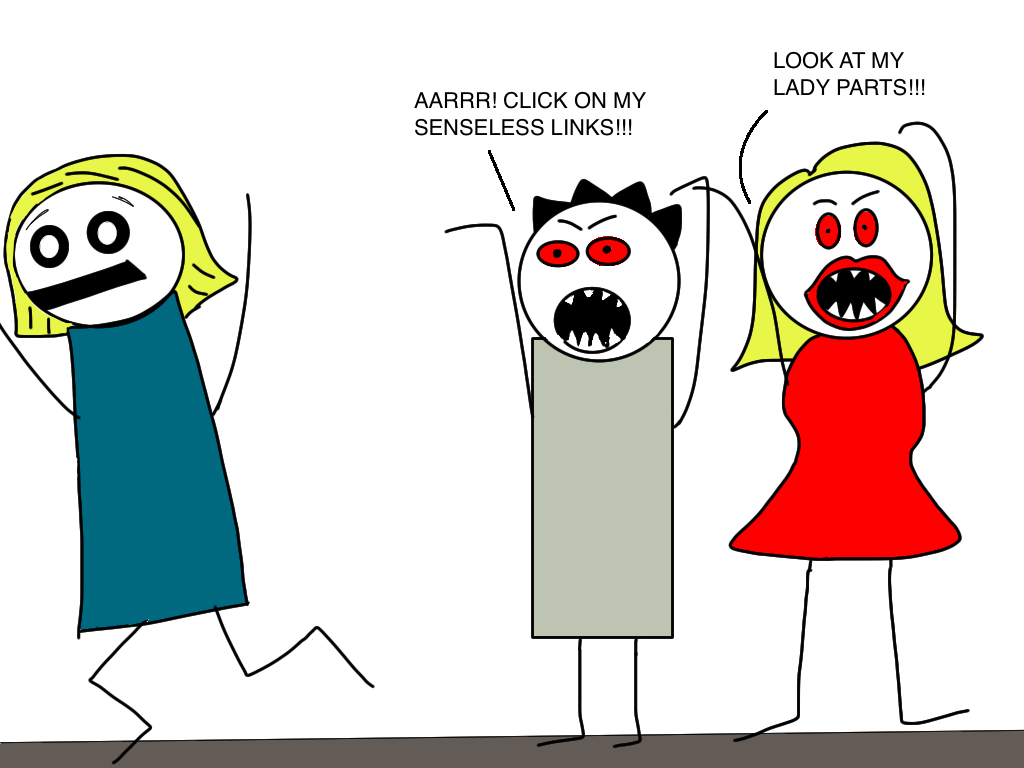 Despite all of the chaos, I’ve spent the last few weeks like a love-sick teenager.

I look forward to the next time I send the Internet a new blog post.

You guys, I–I think I might be falling in love with the Internet.

Since the Internet has showed me such a good time and mostly treated me like a lady, I’ve decided to make the Internet my Valentine. 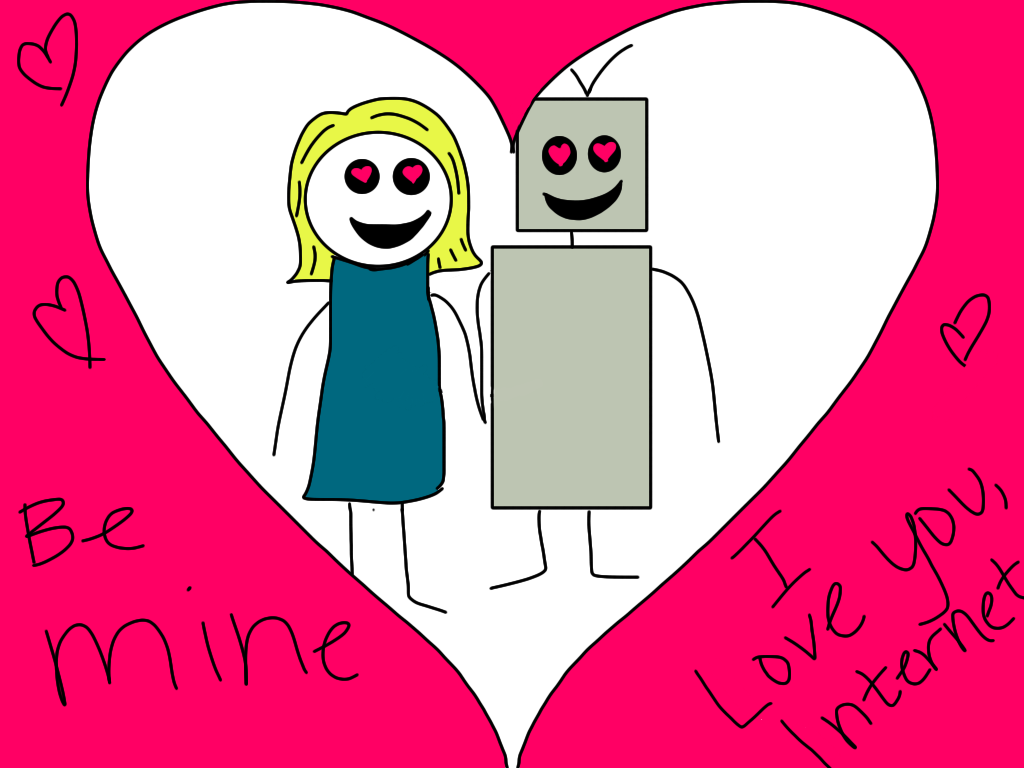 Now, I know that not everyone wants the Internet to be their Valentine. I mean, considering how far behind the curve I am, maybe you’ve already married and divorced the Internet twice.

It could be worse, though. Today could be “Congratulations, you’re pregnant with a T-Rex day.” 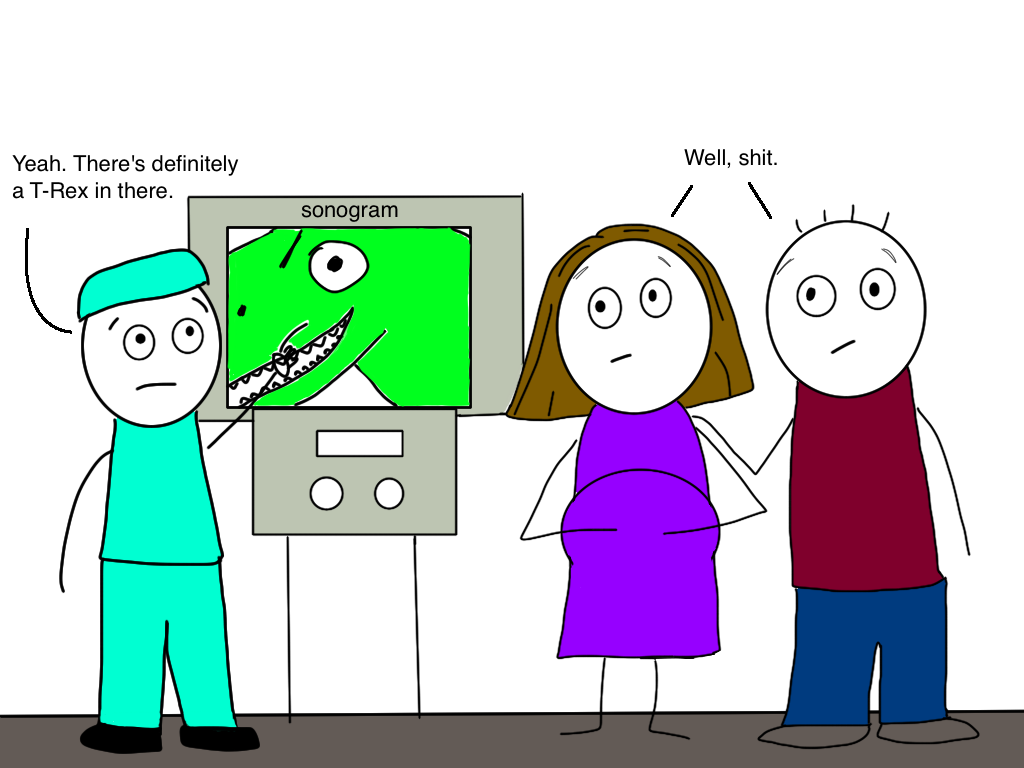 And one more thing: Just in case you forgot to buy Valentine’s Day cards for your frenemies. I made this for you to share with the people you hate to love or love to hate: 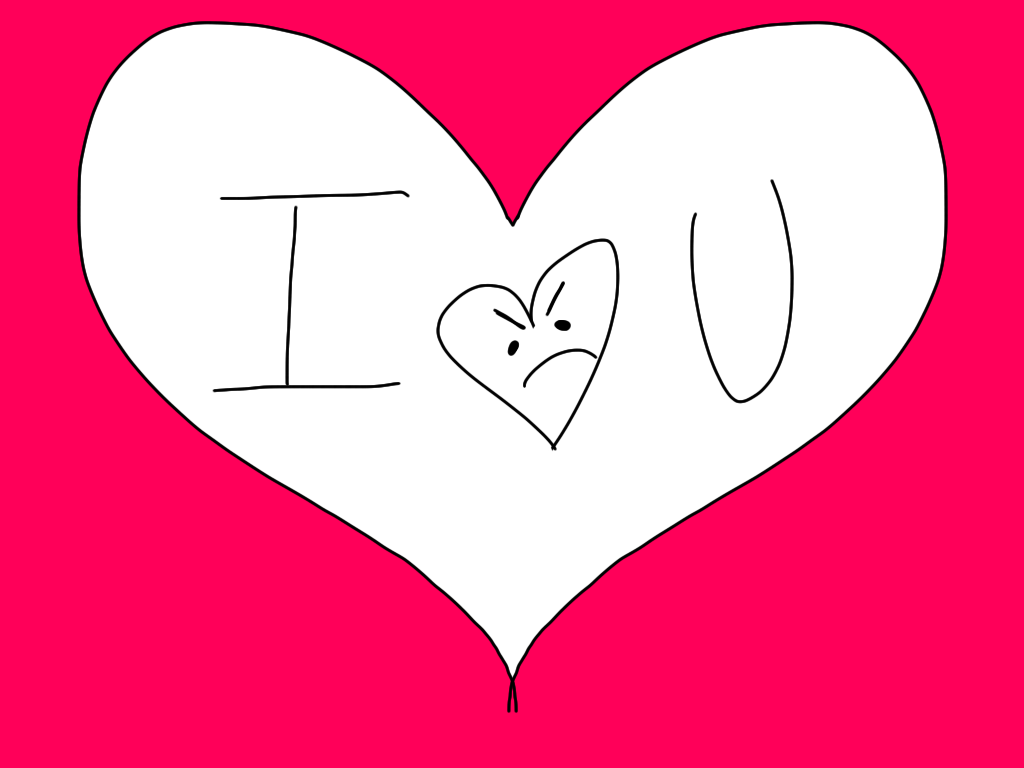 Share6
Tweet
Pin2
8 Shares
Tagged with: bad drawings • getting to know the mrs. • true story • why internet? why?