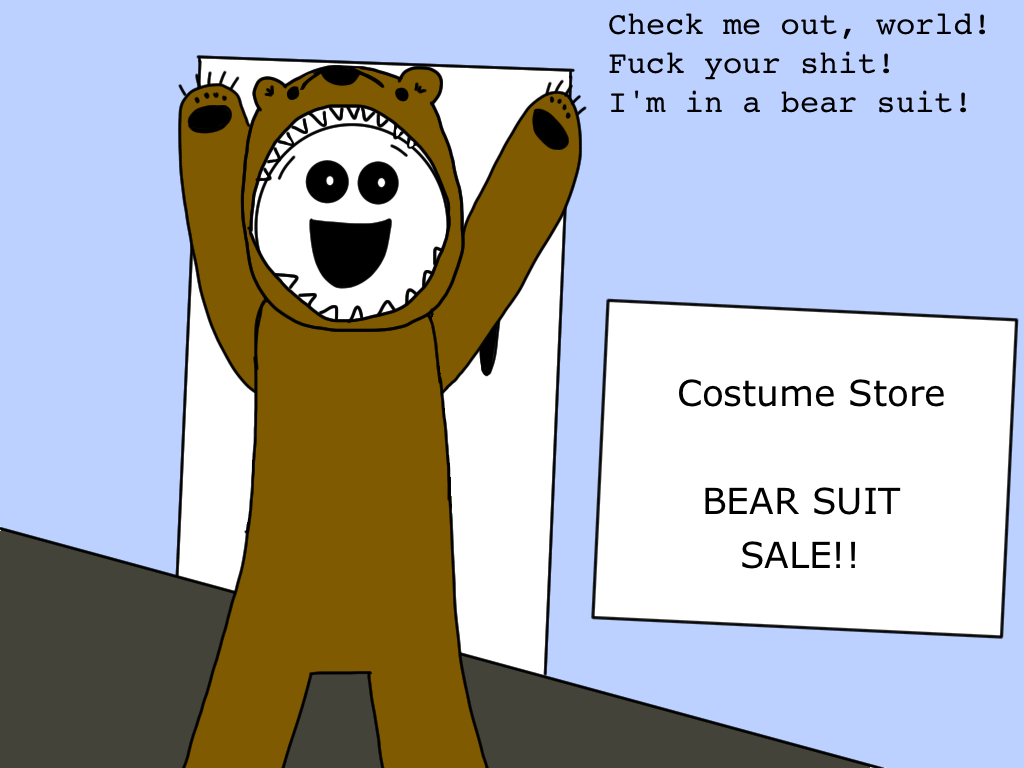 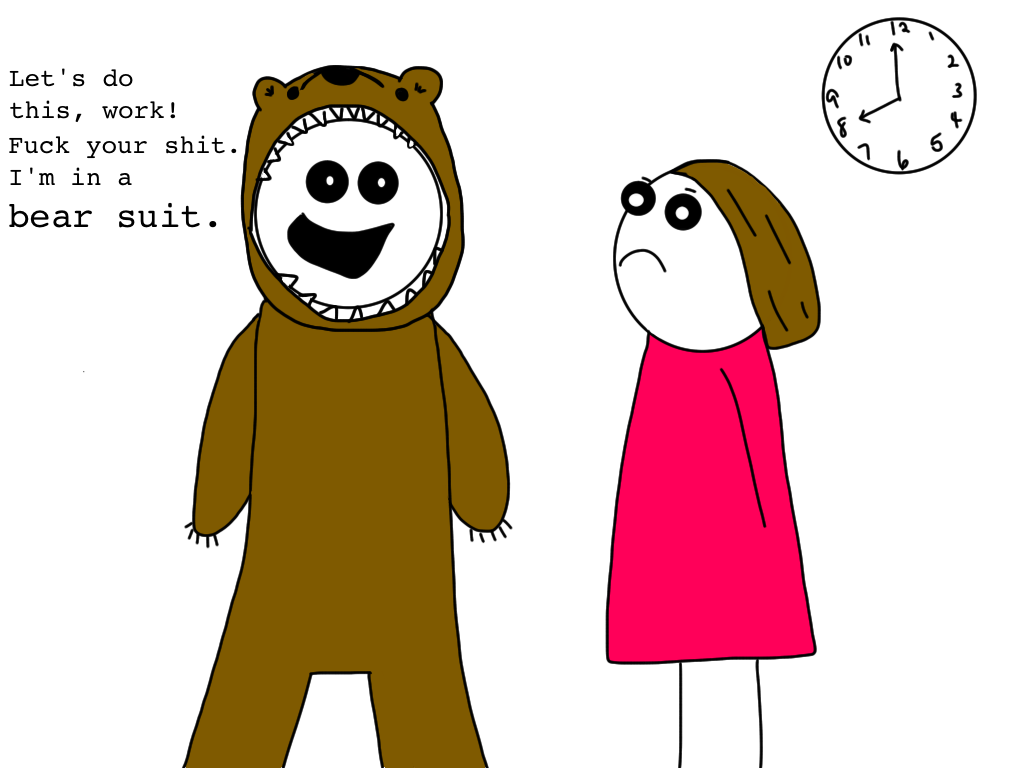 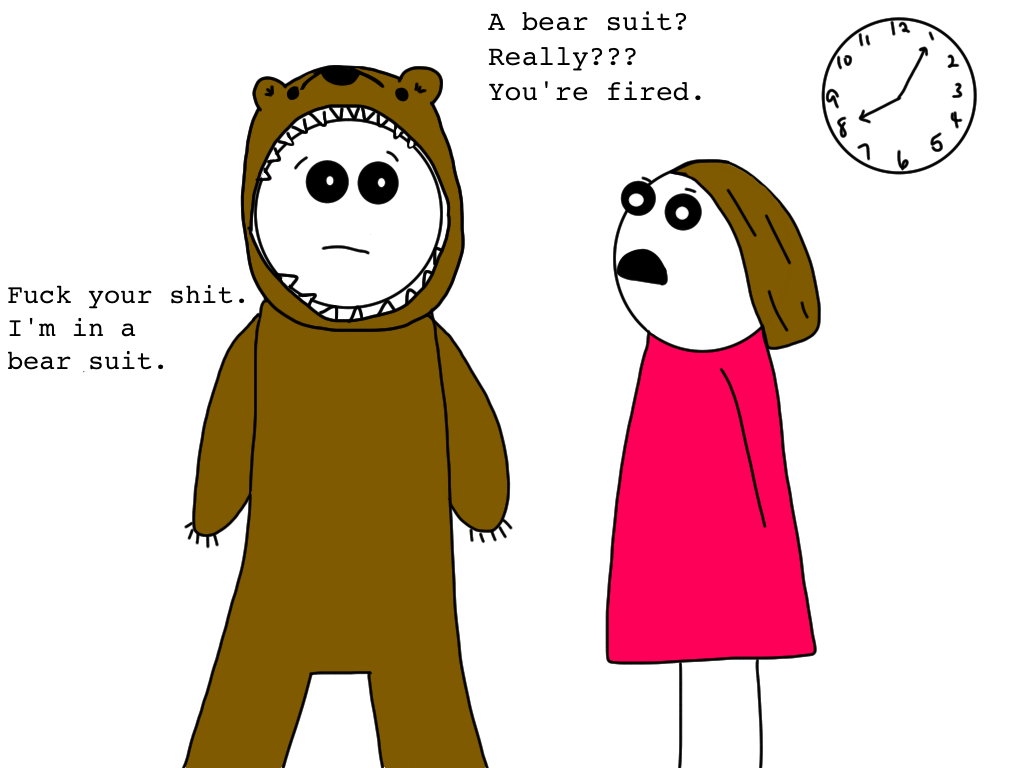 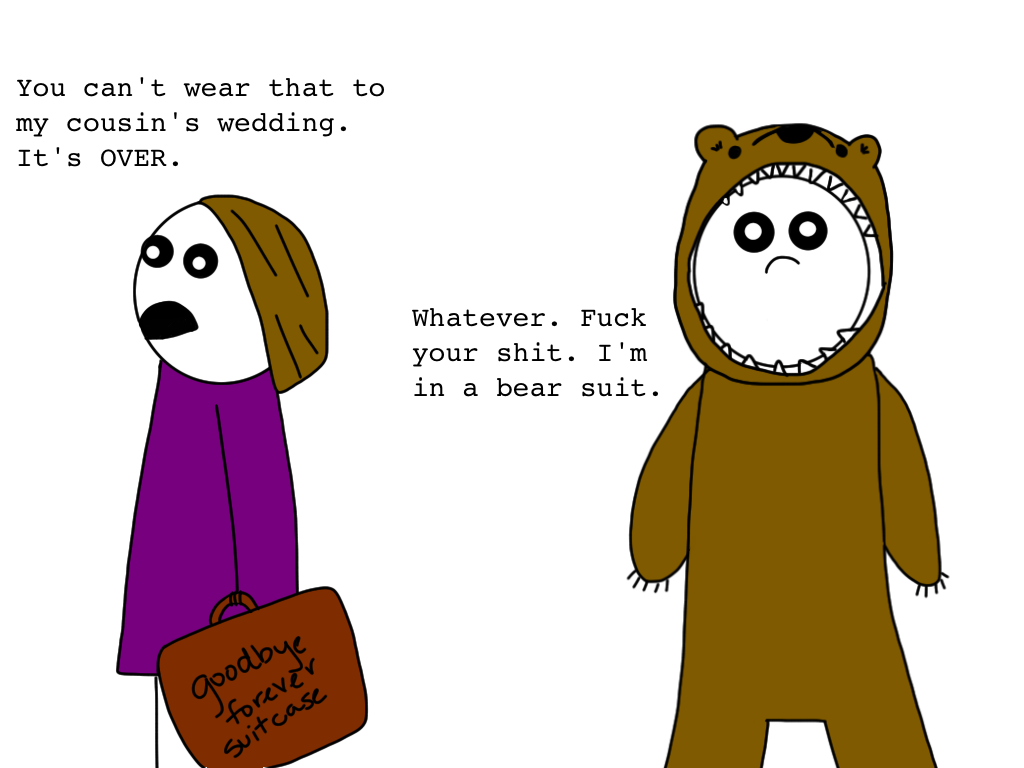 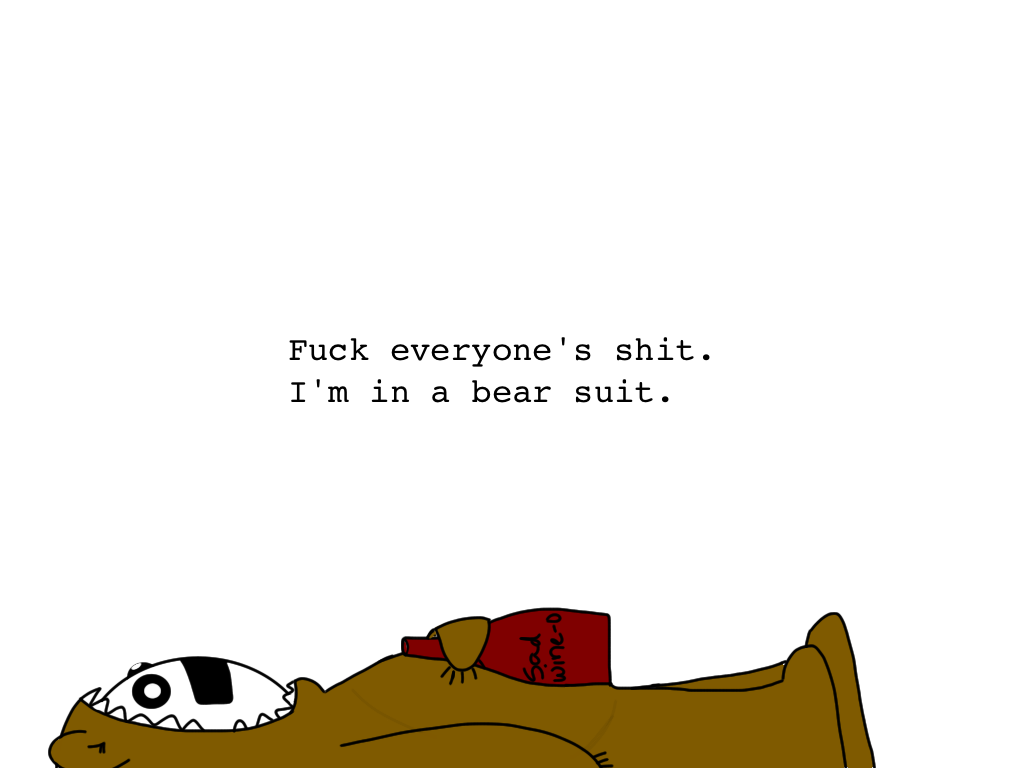 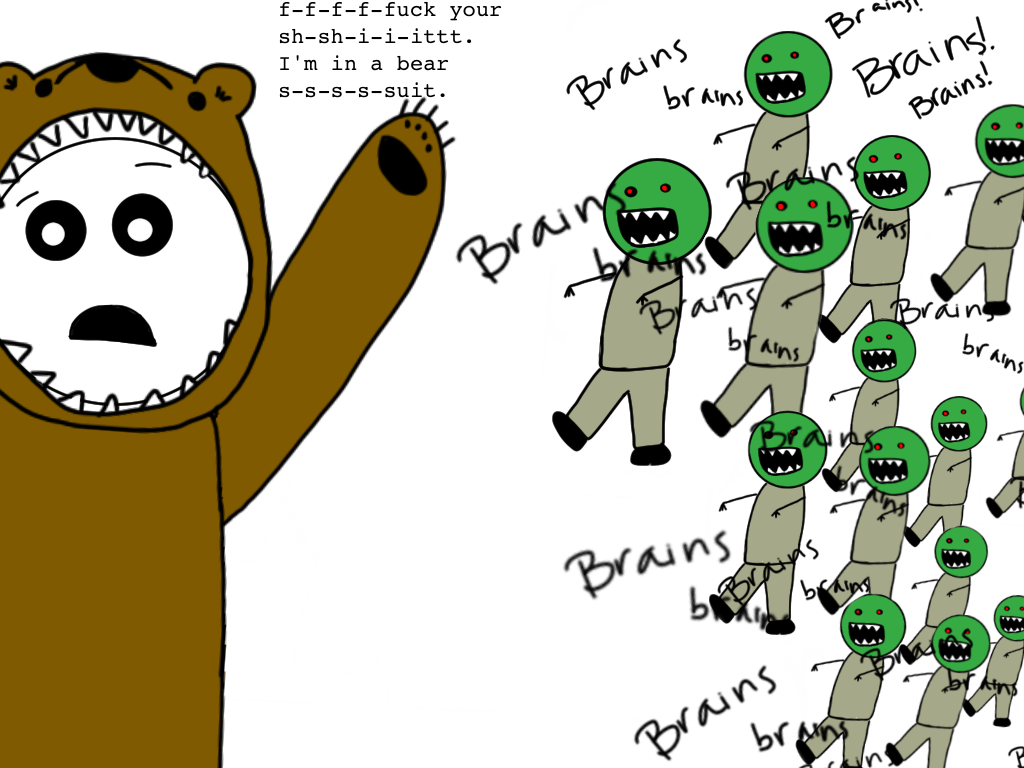 it’s time to check yourselves, bears

Over the weekend, news outlets were reporting that a black bear was captured in some lady’s backyard after several sightings in Virginia Beach, where the bear had apparently wandered around for several days.

To the surprise of Virginia Beach residents, the bear spent nearly a week romping around the area and scaring the shit out of people.

Which leads me to this…

I’m sick of hearing about you roaming around, stealing from hikers and turning up where you’re uninvited. You’re arrogant and entitled, going where you want, doing as you please, taking what you like; but I’m not impressed.

You need to stop acting so smug, bears. You’re homeless.

There. I said it.

Maybe you inspired fear once, but from where I’m sitting, these days, you’re just lazy freeloaders. Everyone is always acting like you should be feared and respected. But you continue to destroy your reputation with this disgraceful behavior, and I can’t respect that.

For fuck’s sake, bears, pull it together. You’re embarrassing yourselves.

What kind of predators are you, anyway? I don’t see sharks rolling up to neighborhood garbage cans for dinner. That’s not intimidating! 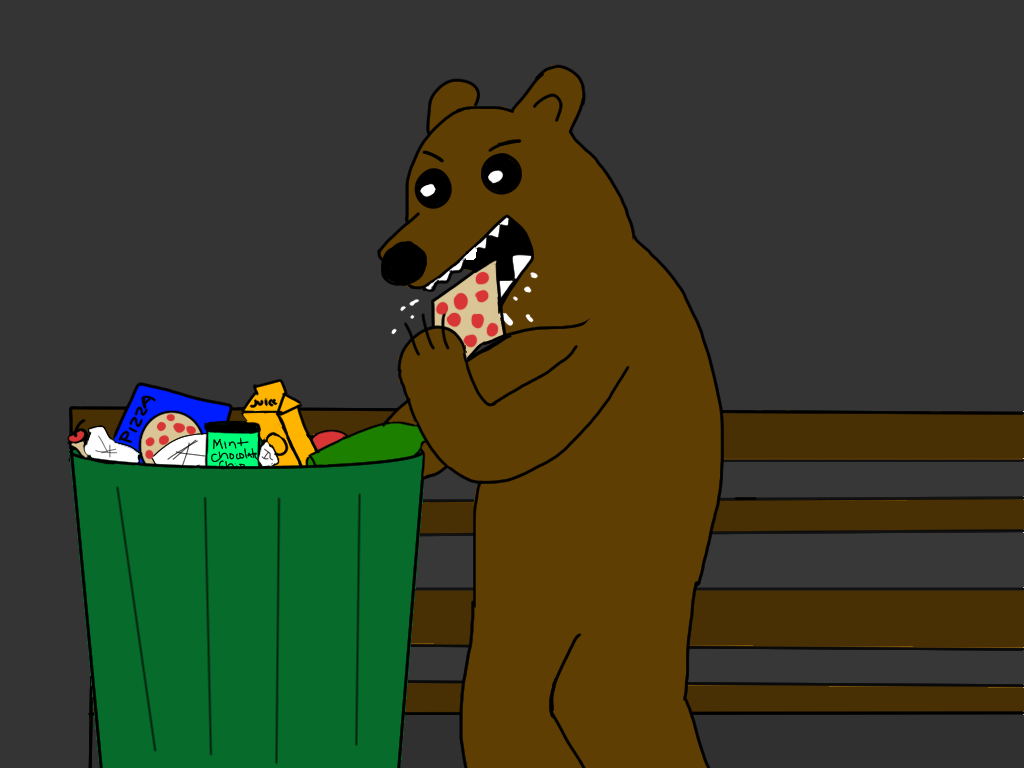 And all that time you spend sleeping in the woods… 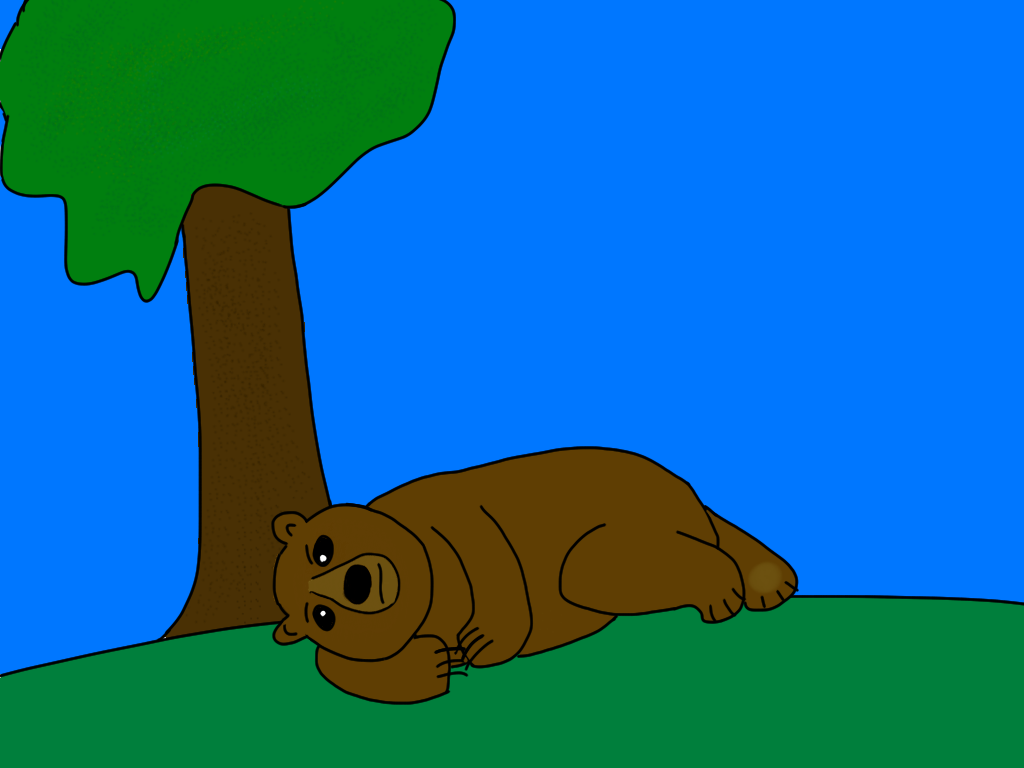 No one’s afraid of chronic nappers. Where’s your ambition?

What’s next? A hobo camp under a bridge? 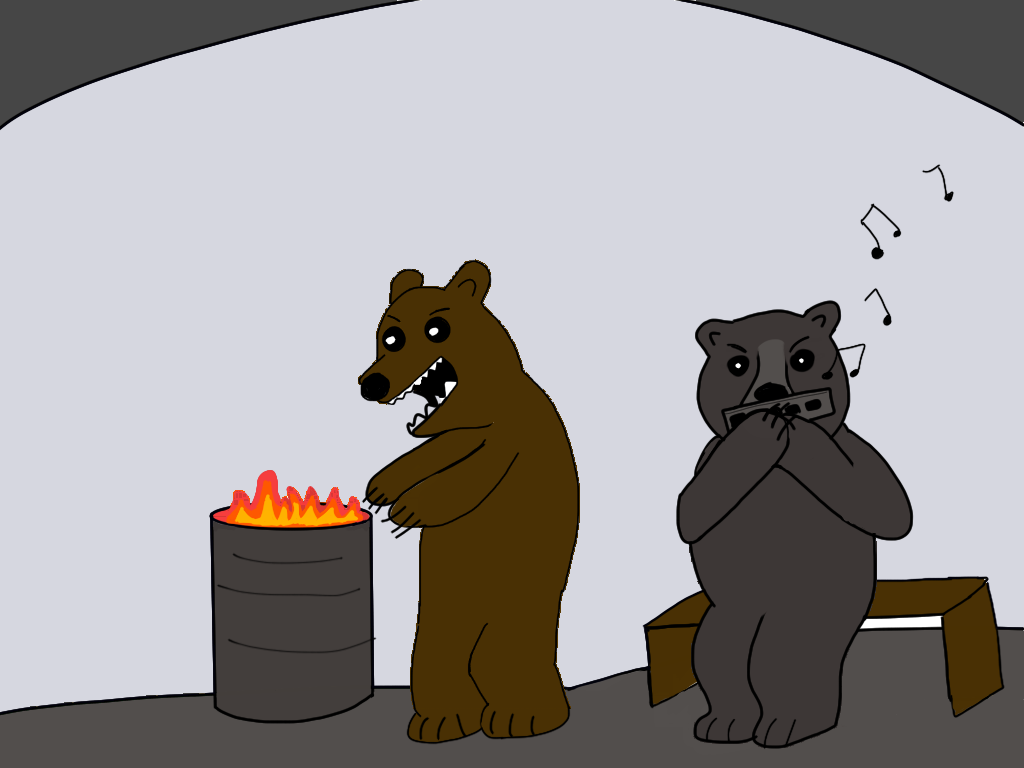 Here’s some tough love, bears: It’s time to get your shit together.

You have so much potential, but you’re throwing it all away. You’re supposed to be super-intimidating, master hunters. Not aimless drifters.

The world expects so much more of you, and I think it’s time for you to act accordingly.

I’m not a bear life coach. But I’m not even sure such a thing exists, so I’m going to step in with some advice.

It’s never too late to get your lives back on track. Set some goals, bears. Get a resume together.

I’ll even help get you started.

Objective: To eat and sleep

Hobbies: Fishing and listening to Harry Belafonte (I improvised that last one, but occasionally, employers like to know personal details about you.)

Now, buy yourself a suit. Nothing fancy, just something that says: “Hey, world! I’m on a fucking rampage.” 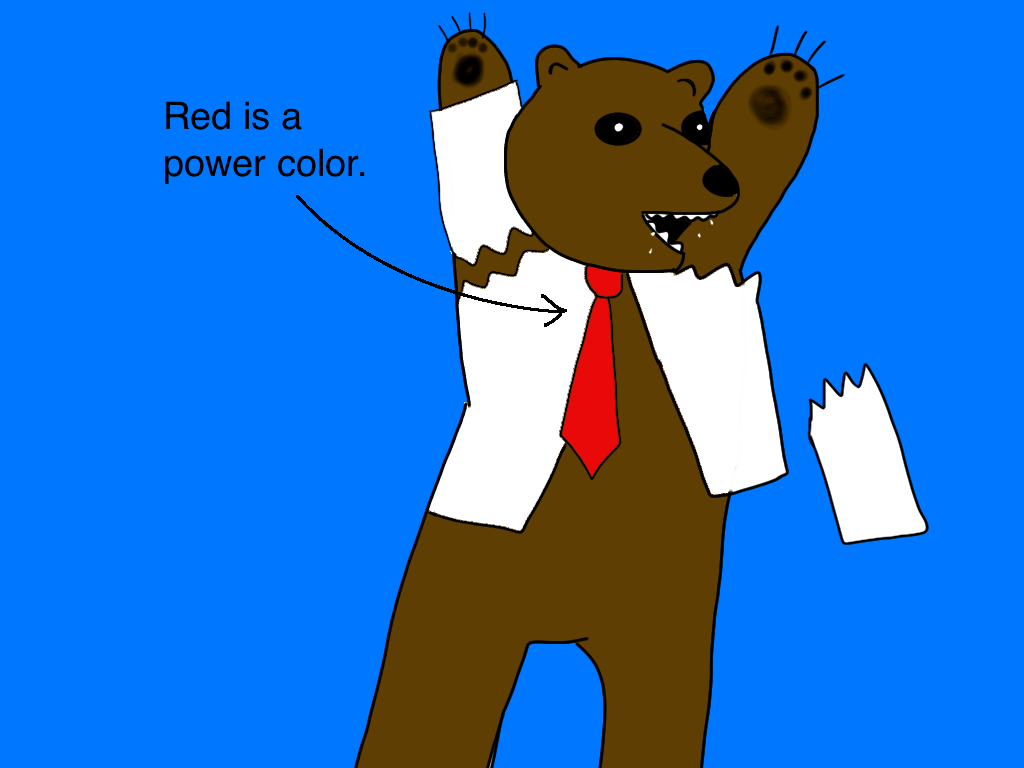 See how sharp you look?

I hope you’re listening, bears. It’s time to grow up.