And then a camera stole a piece of my soul when living outside is the alternative to growing up, I choose growing up

Here’s something I didn’t see coming when I started blogging: How much time I would spend deleting spam comments.

For those of you not familiar with spam comments, let me briefly explain the phenomenon: Every night, when bloggers go to bed, spam fairies (see: hideous robots) troll the Internet sprinkling the comment sections of blogs with nonsense.

Here is a questionable rendering of what that looks like: 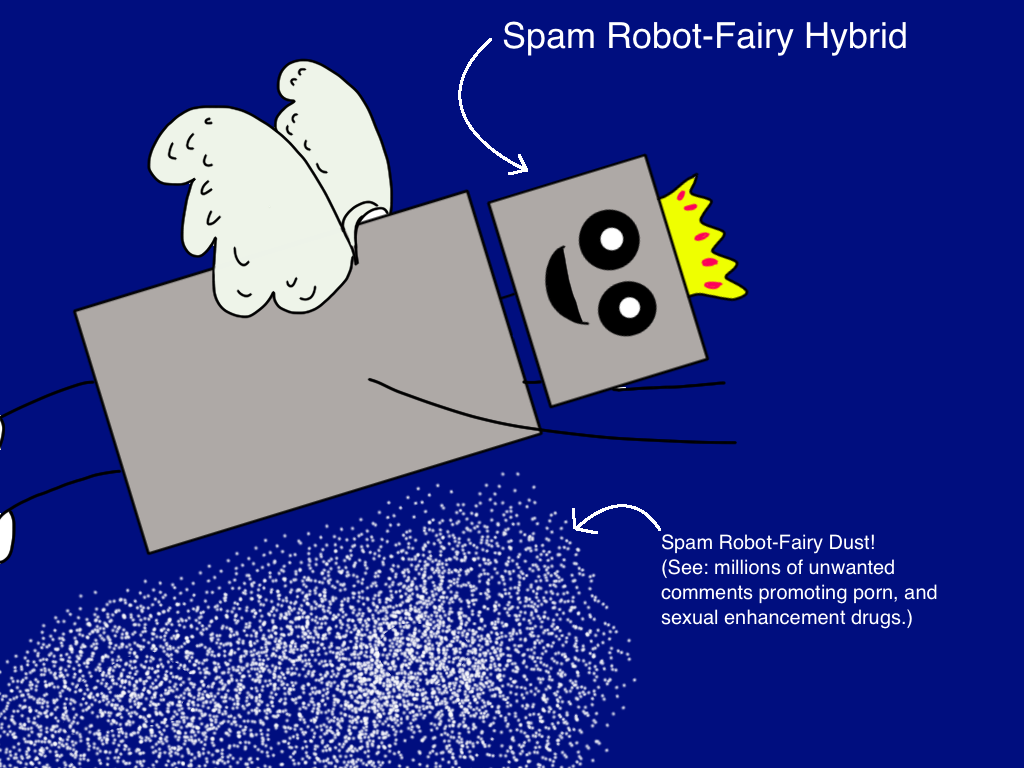 Yes. The Internet is a magical place.

I typically dispose of spam without much thought, but earlier this week, I received something that demanded to be acknowledged.

It wasn’t the garbled words that caught my attention or the fact that I felt like I was trying to read a romance novel ghostwritten through a collaboration between a cat running across a keyboard and auto-correct.

What stopped me from immediately deleting the spam comment was… 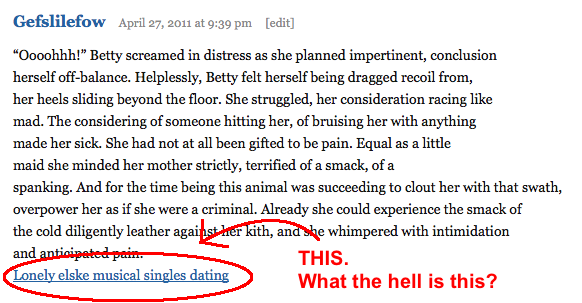 But after I closed the browsers leading me to the red-light district, I was still dying to see what a musical dating service would look like.

Here’s how I propose it will work: First, I will dump the “lonely elske” part, because it depresses the shit out of me. My service will just be known as “Musical Singles Dating”.

And rather than taking a quiz or uploading a profile to a website–where you await winks and jabs and pokes, or however that works–all you have to do is send me a video of yourself singing your favorite song into a hairbrush*. 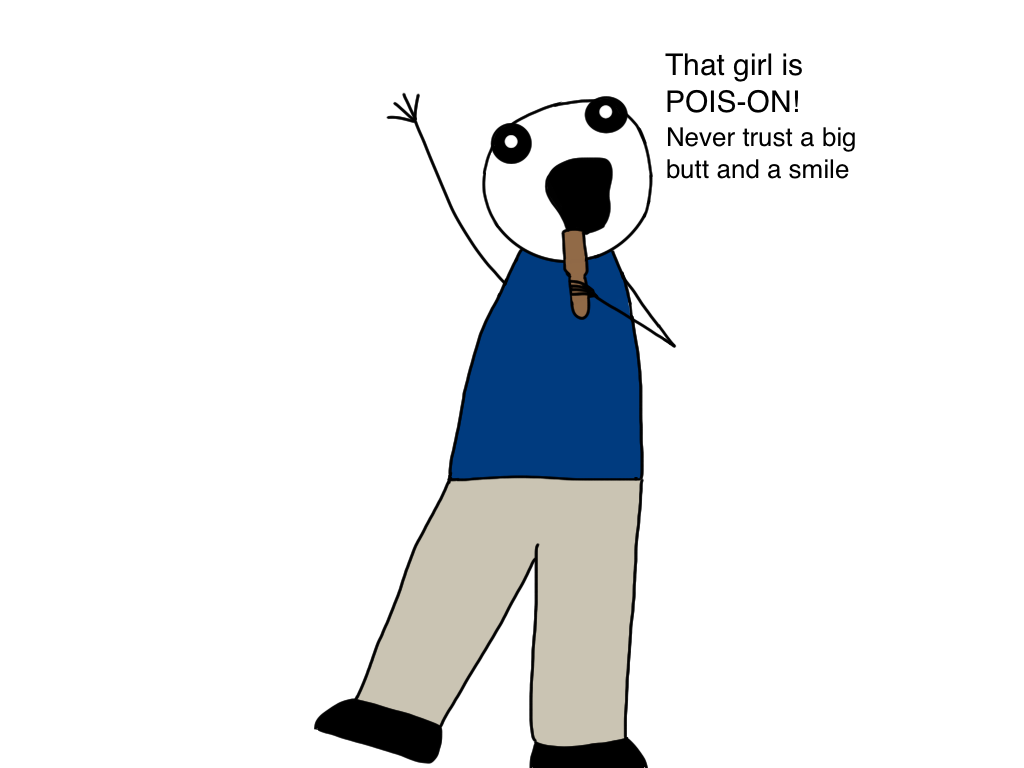 And weighing factors–like your ability to hear and mimic tone, and your use of jazz hands–I will match you with your musical equivalent. 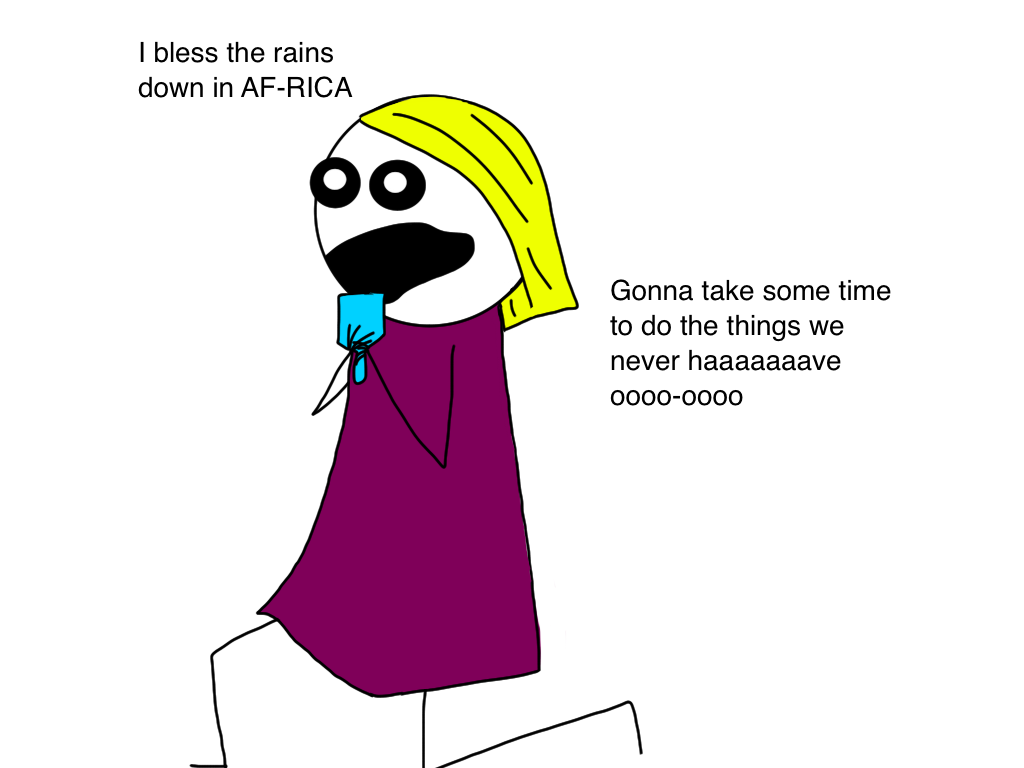 You guys! I’m going to be rich! Who’s getting the last laugh now, spam?!

*Unfortunately, I am unable to accept applications from people whose favorite song is “Step-By-Step”, by New Kids on the Block. Research has shown that if this is your favorite song–regardless of who you are matched with–before your second date, you will be crouched in the bushes of your match’s home, using binoculars made out of old toilet paper rolls to spy on her. 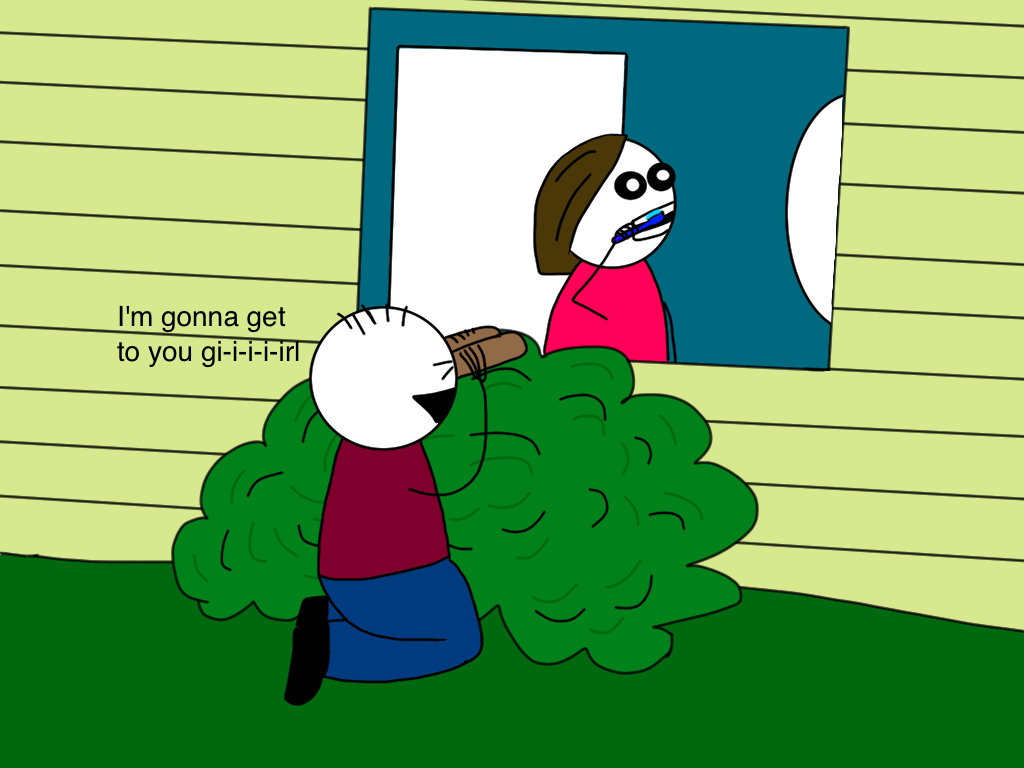 23 Responses to you’ve really outdone yourself this time, spam